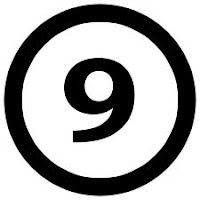 We have been pretty quiet here at the Liberal Mob for the past couple of months. I assure it is not because we no longer yearn to provide you with our obvious liberal biases in the form of “wannabe” journalism. Alas, we are all full-time students and have had little time to devote to you, our tens of faithful readers. Let me disclose right of the bat that the title of this post is a bit misleading. So if you clicked on this blog post in the hopes of getting an in-depth explanation/analysis of republican presidential candidate Herman Cain’s tax plan, stop reading now.
Read more »
Posted by Scott @TheLiberalMob at 6:53 PM 9 comments:

In Memory of Jack Layton

Jack Layton was only a man.  That is clear.  But he was a very rare sort of man, and a very rare sort of politician.  He was sincere in a way that few in his profession ever are.  He was optimistic and forward-looking.  He was a man who garnered the respect of his political opponents in a way that would be nearly unfathomable in America.  (Indeed, it was nearly unfathomable in Canada.)

But sadly, he was indeed only a man.  Mortal.  His death on Monday may not have been a shock in light of his long-running battle with cancer, but it was depressing nonetheless.  And now we are left to reflect on what is missing from the world as a result.

Read more »
Posted by Desmond @TheLiberalMob at 3:37 PM No comments:

Daddy Issues: The Reality of China’s Challenge to the United States 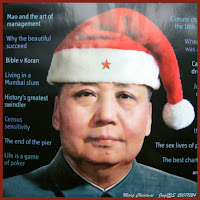 Michele Bachmann needs to learn a lot of things. First off, among those members of the Republican Party who can read books, her approval rating hovers tenuously between Rick Perry and genital warts. Slightly less immediately, she needs to know that puns are the absolute lowest form of humor… on Earth. And making any sort of puns relating to President Hu Jintao’s name is an exquisite means of saying “I am not, and will never be, by any definition of the words, an intentionally funny person.” I didn’t think anything could make Michele Bachmann’s already groan-inducing remarks at CPAC all the more objectively more painful when she was able to stop talking about lightbulbs long enough to touch on the subject of China, and how they hold a “vast amount” of American debt. Bachmann insisted that, “Hu is your Daddy.”

Read more »
Posted by Desmond, Hurley, and Scott at 1:46 PM No comments:

It is once again the most wonderful time of the year:


The US and South Korea have begun a joint military drill to improve combat readiness on the Korean peninsula.  The annual Ulchi Freedom Guardian exercise brings together 530,000 forces in Korea and abroad, using computer programmes to simulate war situations.  North Korea has reacted furiously to the exercises, which run for 10 days.

For the uninitiated, this happens every year in August or September and has for decades, although the name of the exercise has changed.  Every year, South Korea and the United States perform large-scale exercises.  Every year, North Korea responds like a seven-year-old would.  Is this year any different, or is there something else here?

Read more »
Posted by Desmond @TheLiberalMob at 5:22 PM No comments: 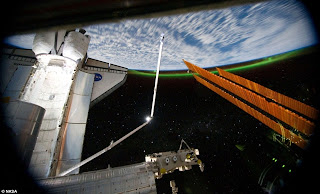 In light of the fact that the past week or four have been politically asinine, I thought it would be nice to take a detour from our usual musings on politics, economics, and whatnot. I’ve chosen instead to focus my attention today on a topic that has never once let me down like ridiculous budget deals and underwhelming elections so frequently do, and that topic is science. In just a few short weeks, we’ve had announcements of mind blowingly important discoveries ranging from water on Mars to an almost unbelievable cure all for viruses that doesn’t seem to be possible. With this much progress taking place it’s hard to believe that these magnificent scientific developments aren’t on the front page of all of the important blogs and newspapers.
Read more »
Posted by Hurley @TheLiberalMob at 12:13 AM 1 comment:

Keep On Rockin' in the Third World! 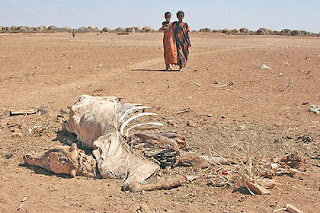 It is difficult to convey to people here in the United States the severity of the ongoing humanitarian crisis in Somalia. When the average American hears that there are people starving to death somewhere in Africa it comes as no surprise. We have heard this so many times throughout our lives that we have come to expect it and sadly, to even accept it as an inevitability. It is for this reason that we here at the Liberal Mob have blogged about the situation taking place on the Horn of Africa a couple of times in recent weeks. First about the Failed State status of Somalia and how it compounds and worsens the ecological and humanitarian crises taking place there, and later why the United Nations & the International community had trouble responding quickly and decisively declaring a famine.

Read more »
Posted by Scott @TheLiberalMob at 7:26 PM No comments:

Why Perry Is Dangerous (And Also a Nut)

There has been a lot of concern about Rick Perry as of late.  Most of this centers around the prayer rally he hosted just prior to announcing his candidacy.  There was commentary on this from all the places you'd expect.  There was also some from places you might not, too.

Perry's religious views and religious grandstanding, though, are less of a big deal than other things.  What is a big deal is his idea of how government works, and how America should be run.  To put it simply: Gov. Perry might believe in a thing called "The United States of America".  But it seems evident that he doesn't believe in a United States of America.  It is a key distinction, and one with major consequences.

I know we've been quiet for a few days here at the Mob, but sometimes we find that there's nothing much new to say about anything; either there's no real new news, or everyone else has already said what we would want to say.  It can happen to anyone.  And sometimes what you need when that happens is to just dig a little.

So in the process of that digging, I turned up this.  It seems like the FARC in Colombia is starting to be a big problem again.  And that opens things up for some discussion of why insurgent/terrorist/militia groups are able to remain in existence for so long in some places, and how nations often fail to combat them well.

Read more »
Posted by Desmond @TheLiberalMob at 5:15 PM No comments: 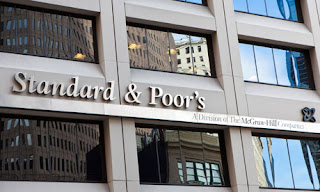 Over the weekend, and into today, there has been much sound and fury about Standard and Poor's downgrade of the United States' credit rating to AA.  Unfortunately for S&P (or fortunately for the rest of us), it turns out that it is signifying nothing.  It is now left to the rest of us to wonder: what is happening here, what does it mean for us, and what does it mean for S&P?
Read more »
Posted by Desmond @TheLiberalMob at 3:47 PM No comments: 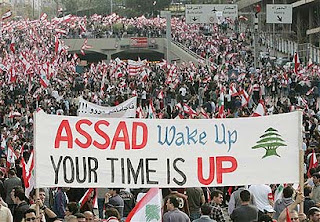 We've covered the protests and crackdown in Syria before, of course.  But things are quickly escalating well past where they were last week.  Things have gotten worse in a hurry, it seems.  So it's recap time.

Read more »
Posted by Desmond @TheLiberalMob at 3:27 PM No comments: